What's Next for TPLF? 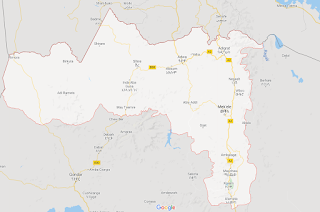 TPLF's decision to hold an election in time came a little too late. No one expects that the National Election Board of Ethiopia (NEBE), whose accountability is to the House of People's Representative (HPR), will help them run the election.  House of People's Federation (HoF) has already decided it is the HoPR that will blow the last whistle to decide when the next general and regional election should run (well, after the health institutions announced that COVID is no more a threat.)

Can Tigray Run its Own Election in Time?
If TPLF is really committed to doing the election, the first thing to do is to establish an independent electoral commission. This needs a fair time. A law establishes the commission must be drafted and approved by the regional council, the institution needs to have space, people, and structure in due time. Then, it should register political parties that function in the region. Then, introduce the election schedule - which includes voters’ registration, competitors' campaign, voting day, etc.
READ MORE (እስከመጨረሻ ያንብቡ)
Posted by BefeQadu Z Hailu at 12:35 AM No comments: 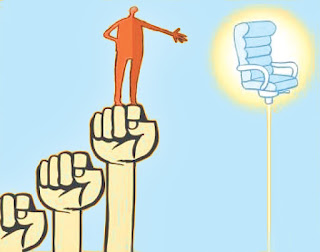 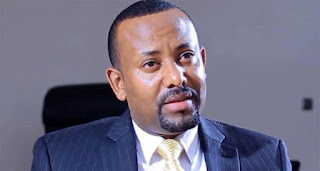 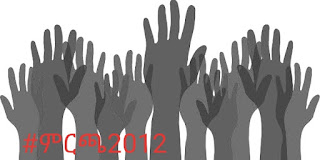 #EthioElection2020: What to Expect When You're Expecting Ethiopian Election!

Abandonment of the Democratic Cause!

Email ThisBlogThis!Share to TwitterShare to FacebookShare to Pinterest
[A note from the brink of hopelessness]

Ethiopia is in the verge of conflict due to power struggle between regional and federal government incumbents. The regional governments and their apparatus have fallen in the hands of ethnocentric forces who are threats to minority groups in their respective regions. The only sober voice is coming from Somali regional leaders who have maintained their regional autonomy as well as trying to get deserved representation in the federal government. The rest, specifically the powerful three - Oromia, Amhara and Tigray regional states' leaders are making life difficult for the silent majority. People have been mobilized based on ethnocentric narratives and co-existence with differences is almost impossible. Homogenization of regional states have become a new fashion against diversity.

Currently, Oromos are not in power; they are not privileged. But, Oromo-nationalism took power in the federal gov of Ethiopia. The most powerful men in Ethiopia's contemporary politics are Oromo nationalists. They feel entitled and believe it is their 'turn to eat'. Most of them manifest this entitlement in the name of benefiting the Oromo people. They think their privilege is Oromo people's privilege, their benefits are the Oromo people's benefit. This has created confusion against non-Oromos especially in urban areas. The term "teregninet" (a feeling of turn for entitlement)  has become a buzz in Ethiopia's political dialogue. But, it is wrongly perceived as if it is a feeling by all Oromos, when it is actually an obvious feeling among ODPs and Oromo-nationalists.

Yet, Oromo-nationalists are claiming victimhood of this same regime where they are empowered, and responsible to the fate of Ethiopia more than anytime before in history of the country. These forces are demanding to have it all, now or never. Only because Prime Minister Abiy is not an Oromo-nationalist, these elites concluded the 'Oromo cause' has been betrayed. The same people have written a book titled 'hijacked revolution'; the hijacker are 'nefetegnas', a word originally means "armed-men" which has become nick-name for Amharic speaking pan-ethiopianists.

In reactionary approach, vibrantly roaring Amhara nationalists went far to reclaim "chauvinism" ('timikihitegninet') as well as 'neftegninet' as if the terms have positive connotation. However, they are a bit weakened once their leaders killed eachother.

Addis Ababa, on the other hand, is the epic center of political turmoil in silence. It is the political and economic center of Ethiopia. It is a place most diverse and most tolerant than anywhere else in Ethiopia. Yet, it has to go way far in inclusion of narratives and symbolical representation and so on - politically, socially and economically. But, ethnocentric forces have either labeled this primate city as a force against them or are trying to manipulate it. And, if violence happens in Addis - it will be the beginning of the end of state collapse.

Simply put:
☞ Oromo-nationalism is in power!
☞ Amhara-nationalism has Become Reactionary!
☞ Tigrean-nationalism is Fanning Conflicts!
☞ Selective Detentions of Activists are Driving People Crazy!
☞ Activists are Seeking Justice through Mob Campaign!
☞ Competing Forces has made Addis Ababa a Battle Field!
☞ The Fed Gov has Become Toothless Dog, with out the means to have rule of law respected.

The Horrendous Fate of Ethiopia

Abiy Ahmed maybe naïve in many ways. He might have liked the personal cult more. He has failed to apply his 'medemer' philosophy when it comes to TPLF. He may not have a place and time to engage with separatists. But, I think his intentions to democratisation and to protect Ethiopia's integrity have been good since he came to power. In fact, democratic actors don't have other people as friendly as him to the cause. But, he is an isolated figure himself - in his own government. Oromo, Amhara and Tegrean ethnocentric nationalists are all against his conciliatory solutions. They have all the power, strategy and base to oust him and declare their independece. Unfortunately, this can't be materialised without a bloodshed and these ethnocentric forces are ready to have millions killed to get what they want. They are in a rush to deafeat their enemy. Their enemy is co-existence in equality. Like MLK once said it, the evil minded will use time more effectively than the civil minded.
Posted by BefeQadu Z Hailu at 11:11 PM No comments:

BefeQadu Z Hailu
This blog is run by an award-winning writer and democracy activist BefeQadu Z Hailu - an MIS expert by profession and a writer by inclination. BefeQadu worked as Knowledge Management Expert in St. Mary's University; Production Manager for an outsourced program in FM 96.3; Managing Editor of Enqu Magazine; Editor in Chief of Weyeyet Magazine; Deputy Executive Editor for Addis Maleda weekly newspaper, Volunteering Editor of Global Voices [in AM]; co-founder and blogger at @Zone9ners. BefeQadu has published an award winning novella, ‘Children of Their Parents’, in 2012. Also, he won multiple awards, along with his Zone 9 Blogging Collective colleagues, including CPJ's Press Freedom Award in 2015. BefeQadu has been jailed four times for blogging and activism practices but never found 'guilty' of charges. Currently, he is managing CARDeth.org Follow him on Twitter @befeqe; Facebook.com/befeqez Website: befeqe.blogspot.com