The Right, the Left and the Wrong Wings


I have heard a lot of political debates in Ethiopia: from emotional facebook arguments to the literary works of academicians. All of them, at least those of I read, refer to the two extreme political spectrums, namely left and right (usually the term wing is hyphenated as suffix of them) but never got a chance to know their true meanings nor what is in between them. 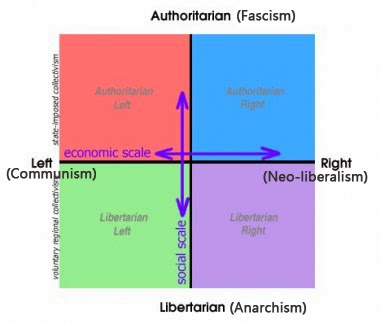 In our political discourse, right wing is usually referred to as a political belief in which a person/group believes in individual rights over group rights whereas left wing is a political ideology where group rights come first.  The worst part of this conventional definition is that you’ll be decided whether you’re a left or right wing (and nothing else) activist/politician only after your opinions on ethno-national versus national political movements are reflected. Those politicians who struggle focusing on ethno-nationals questions are generally considered as leftists. On the other hand, people who focus on multi-national issues are considered as rightists. Having this definition, the two wings consider each other as sinners. This is what I call Wrong-Wing.

To right the wrong wing in our discourse, below here,  I put a few lines of political spectrums from left to right (based on what I gathered from different sources) to show how they are really defined and so, in accordance to the definition, we start labeling the right item with the right tag:

The basic characteristic that distinguishes rightists from the others is that they value tradition, they are concerned about equity, survival of the fittest, and they believe in economic freedom. They typically believe that business shouldn’t be regulated, and that we should all look after ourselves. Right-wing people tend to believe they shouldn’t have to pay for someone else’s education or health service. They believe in freedom to succeed over equality. (E.g. of far right system is Neo-liberalism)

Leftists believe it is the responsibility of the succeeded to support those who are left behind. They [the leftists] look to the future, aim to support those who cannot support themselves, are idealist and believe in equality. People who are left wing believe in taxation to redistribute opportunity and wealth - things like a national health service and job seeker’s allowance are fundamentally left wing ideas. They believe in equality over the freedom to fail. (E.g. Communism)

[In both cases, the definitions determine people as rightist and leftist based on their views on Freedom versus Societal Economic equality.]

This one is a moderate approach between the far left and right wings of the political spectrum. It describes a political outlook or specific position that involves acceptance or support of a balance of a degree of social equality and a degree of social hierarchy or social inequality; whilst opposing political changes which would result in a significant shift of society either strongly to the left or the right.

Center-right is practiced in most democratic countries and provides individuals “with the best conditions for political liberty, personal freedom, equality of opportunity and economic development under the rule of law; and therefore being committed to advancing the social and political values on which democratic societies are founded, including the basic personal freedoms and human rights, as defined in the Universal Declaration of Human Rights; in particular, the right of free speech, organization, assembly and non-violent dissent; the right to free elections and the freedom to organize effective parliamentary opposition to government; the right to a free and independent media; the right to religious belief; equality before the law; and individual opportunity and prosperity.”

The center-leftists are those known as Social Democrats or Social Liberals and lead with mixed economic systems as in practiced in many European countries. They [Center-leftists] believe promoting equal opportunity brings about social equality. Center left, unlike the far-left ideology, claims that equality of outcome is not possible (and sometimes not even desirable), but that equal opportunity improves social equality in society.

The centre-left opposes a wide gap between the rich and the poor and supports moderate measures to reduce the gap, such as a progressive income tax, laws prohibiting child labor, minimum wage and laws that regulate working conditions, limits on working hours, laws to ensure workers' right to organize.

It is, therefore, time to re-label what we have wrongly-labeled already. What is EPRDF? What are the major oppositions? Who is right-wing? Who is left wing? Who is wrong-winged? And most importantly, what wing are you?
Posted by BefeQadu Z Hailu at 11:05 PM