How many prisoners of conscience do you think are held in Qilinto, Kality, Shoa Robit and Zeway Federal prisons for having different political thoughts to the regime in Ethiopia? In Qilinto alone, there are estimated of 500 of them who are not convicted yet. How many of these are recognized by the public to whom they are sacrificing?

My arrest and 18 months of stay in prison has helped me meet a lot of prisoners. I met a guy who has never heard the name of a rebel group (Amhara Democratic Forces Movement) of which he was accused being a member; I met a guy who is accused for affiliation of Oromo Liberation Front whose leaders he can't name; I met the ex-president of regional state of Gambella, Air Force Capitans, and many others who has no one to visit, hire a lawyer, or even to remember to… By the time I was held in Qilinto, many Ethiopians who raised religious freedom from State interference, Gondere Amharas, Oromo University students, youths from Gambella and Benishangul Gumuz, Tigrians who were suspected for having affiliation to the Tigrian rebel group, and many Ethiopian Somalis were held there. Many of these share the same cahllenge: they have no one to give the least recognition why they were jailed. I used to deliberately avoid hearing stories of these inmates while I was there to avoid the feeling that I can't do any good for them. After my release, the feeling haunts me in different form. I sometimes ask myself if I might feel better jailed than to helplessly do nothing as a 'free man'.

A week before the wake of Ethiopian new year, Qilinto prison caught in fire. Guards shot many prisoners dead when they try to escape the fire. Now, the survivors are distributed to other prisons, Shoa Robit and Zeway, while a few others are left to stay in a undamaged zone in Qilinto. The prisoners who are moved to other prisons had no shoes (were barefooted) and have no clothes to change. Those who have regular visitos are now given with pair of slippers and cloths to change, but most political prisoners whose family members and friends are in remote rural areas are still on barefoot. Even worse, no one knew which one of them did make it alive from the blaze for they have no one who speaks about what had happened to them. (Prison admins claimed the dead are 23 but informal reports indicate more than 70 prisoners are missing.)

If you ask me how many of these 500 political prisoners in Qilinto have actually committed a crime, my answer would be 'maybe ten'. One way or another, all of them are victims for trying what they thought would bring better change for their people. They are people who care.

These prisoners of conscience are not all well known. They do not have family and friends support. Most of them are from remote rural areas. Some of them were breadwinners for their families before their arrest and they don't know the fate of their respective families after they are jailed. In addition to this and physical and psychological abuses in prison, they also have to face a lot of challenges:

1. They don't have basic necessities (such as clothes to change, blankets, pyjamas, towels…) nor pocket money to buys some things such as cleaning detergents, toothbrushes and toothpastes, or even to have a cup of coffee once a week. However, there are a few job opportunities for prisoners, they are not allowed for political priosners.

2. They miss someone who talk to them. Most of the political prisoners have no one visiting them regularly. Even though they do have many inmates, none of them can replace the feeling visitors give a prisonor.

3. They need information. They want to know what is going on in the country. They don't have any reliable source of information other than windfall rumors and EBC's state-led biased reports. They need to update themselves with contemporary realities.

These are all mere wishes to many of the political priosners.

The way we support the political prisoners has a direct implication for those who are trying their best to make a change in the country. They will either be encouraged for they will have our support in case they fall victims of the regime or not. This is why we need to ask what we can do.

Currently, it is only a few concerned citizens who are visiting and trying to help political prisoners at regular basis. This has made the burden on these people very much. What if each of us try to do what we can? What if those of us who have the time select a political prisoner and keep visiting her/him regularly? What if those of us who have the money keep contributing some regularly? Wouldn't this be a great deal of care and promise for those who are sacrificing for a better world? 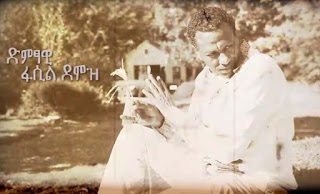 Posted by BefeQadu Z Hailu at 11:27 PM No comments: