‘Blame the Victim’: The Quest for Freedom vs. Professionalism of Media in Ethiopia?

16th of March 2014 marks the 1000th day since Reeyot Alemu, a newspaper columnist and teacher, was arrested for working to ethiopianreview.com news website which the Ethiopian State/court called ‘supporting terrorism’. On the same day, a twitter discussion focused on what happened to weaken the Ethiopian Press. Soleyana Shimeles, an activist for human rights and constitutional order, commented that the State ‘blames the victim after deliberately weakened the Press’. However, a twitter discussion following her tweet revealed that it is not only the State that blames the victim. Many ‘activists’ do.

A Short Story of the Press


It is the same regime, the current regime, which created the Free Press and then tried to kill it. It is not dead yet; but it is also hardly possible to say it is alive. Researchers (Terje and Hallelujah, 2009) put the history of the Free Press in the past two decades in three overlapping periods:

“…Tafari and others draw three periods of the private press in Ethiopia. The first period was the chaotic period from 1991 to 1997 with a blooming of new newspapers and anarchy journalism. The second period, 1997-2005 saw the establishment of professionally and ethically integrated newspapers like Reporter, Addis Admas, Fortune and Capital. The last period goes from 2005 when press freedom again came under threat after editors and journalists were imprisoned and persecuted after alleged transgressions following the May 2005 elections…”

If the paper, from which the above excerpt was taken, was written now there would be a fourth period too – we may call it a counter-attack period! The current Press, however is mostly led by different people from the media leaders who existed pre-2005, it is now trying to counter attack (in becoming too critical of the State in its own way) past the self-defense time that followed its threat after the contested election in 2005. 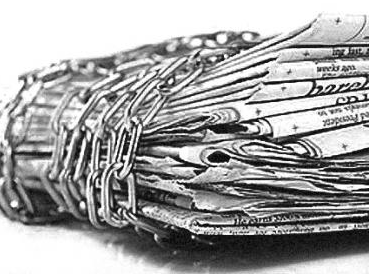 Elections have become nightmares of the independent media. Even though the Press tried to recover from its wound of post 2005 election, the Ethiopian State planned to narrow the sphere to clear way for the 2010 election: the penal code was revised in relation to Free Press issues; the anti-terrorism bill, which clearly puts Freedom of Expression in danger, passed; the highly emerging Addis Neger newspaper journalists were intimidated to have eventually exiled; other journalists and bloggers were prosecuted in relation to terrorism; a few media houses such as Addis Admass took measures to toned down choosing existence over professional integrity.
READ MORE (እስከመጨረሻ ያንብቡ)
Posted by BefeQadu Z Hailu at 12:50 AM No comments: