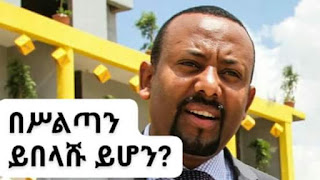 From OPDO Sensation to Abiy Mania 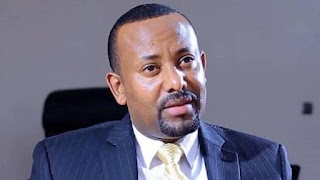 In an inaugural speech, Prime Minister Abiy Ahmed Ali turned almost all pessimists in to EPRDF enthusiasts. It is like he has all traits of a leader 'naturally'. His charisma coupled with his fluency in three local languages of "the competing nationalities" made him look like the right person to fix the mess Ethiopian state is in. But, is he really the person to fix Ethiopia? Or, should we hope something else?

It has been a bit long since OPDO officials pretend a dissenter within EPRDF. Their dissent was about their regional autonomy at first. This overlapped the interests of opposition groups and has gotten OPDOs unprecedented support from the protestors and general population. The overwhelming support OPDO received regionally encouraged them to have a deserved representation in the Federal Government. Besides, the regional autonomy was interfered by federal authorities who didn't like to accept OPDO's dissent.

Revolutionary Democracy, EPRDF's ideology, is a practical application of twin principles: equality principle and democratic centralism. The former is about equal votes member parties of EPRDF have to make decisions regardless of differences in number of their respective constituencies; while the latter is about making all decisions centrally (top-down) contrary to genuine democratic principles of making decisions bottom-up. The new leadership of OPDO, under Lemma Megersa and Abiy Ahmed, has been seen divergent in this regard. Their divergence has been taken as rush to anarchy by some but welcomed by many others as progress to reform. OPDOs divergence has been witnessed when House of Peoples Representatives (HPR) passed the second State of Emergency. Contrary to the democratic centralism principles, most OPDO representatives voted against it. This was, with other multiple incidents, unusual gesture of change leading to overlapped interests to opposition groups from a member party of EPRDF.

Subdued Background: Cause of Suspicion

The establishment of OPDO is embarrassing. The founders were surrenders of TPLF during the armed insurgency before 1991. They were advised and organized as per the standards and principles of TPLF. EPRDF's establishment was made convenient to TPLF's targeted regime and its structure. The member parties, including OPDO, are now regional parties but their respective regions didn't exist when they were established. TPLF manipulated a transitional government to restructure the country in a way it had already planned. In this way, the member parties were able to have regional governments to administer with supervision of TPLFites in the Central Committee (CC) of EPRDF. Even though there was equality principle in the CC, bosses (TPLFites) and their subordinates (OPDOs and others) could not have equal confidence to discuss matters objectively.