Captivity in the Name of ‘Defamation’!

Email ThisBlogThis!Share to TwitterShare to FacebookShare to Pinterest
(The origional version of this story is published in Amharic on Ethiopian Human Rights Project website.)

The past year ended with two notable controversies between the press and Ethiopian Orthodox Church (EOC). The first one was concluded with a rare rule from an Ethiopian court that served justice to the press. The second one, undeservedly awarded the EOC a victory against a journalist who reported what happened, as it happened.

The first was 100% critical comment against the patriarch of EOC who, according to the writer Daniel Kibret, is negligent when corruption is spread in the church. The latter is a news report (pictured below) that referred to a letter written by community and priests of St. Mary’s Church, which is also a seat for the EOC patriarch. 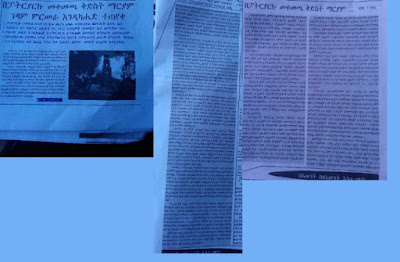 The critical opinion written by the renown Daniel Kibret was published on Sendek newspaper; while, the news report was published on Ethio-mihidar newspaper, known for giving space to dissent voices of Ethiopia. Editor-in-chief of Sendek, Frew Abebe, acquitted on January 25, 2017 from the ‘defamation’ charge by the patriarch of EOC. However, editor-in-chief of Ethio-midihdar, Getache Worku, found ‘guilty’ of another but related ‘defamation’ charges against EOC’s St. Mary church administration and sentenced to 1 year of imprisonment and fine of ETB 1,500 on 15 November 2016; furthermore, his newspaper is also subjected to ETB 10,000 fine for running the news. In the case of Sendek newspaper, it was only the editor-in-chief against whom the charge was pressed; in the case of Ethio-mihidar newspaper, on the other hand, the publishing firm itself is accused of ‘running the defamation story’ in addition to the editor-in-chief. 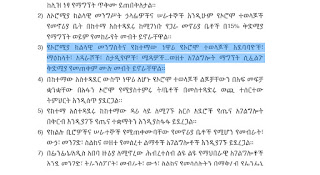