Email ThisBlogThis!Share to TwitterShare to FacebookShare to Pinterest
[This piece is posted on 'Ekool Ethiopia' in Amharic.]

Some of my Facebook friends make fun of other Facebook users for not being stylish enough like them, for not knowing Amharic/English the way the formers do, for not being ‘Arada’ enough and for being comparatively ‘Fara’. They ridicule the way the formers pose for a photo and also the captions they use when they post their photographs on social media. The terms ‘Arada’ and ‘Fara’ are both coined by the city dwellers in Ethiopia and ‘Arada’ is a title given to the “cool”, “cheer leading”, “stylish” people while ‘Fara’ is a label against those who are oppositely perceived. However, the term ‘Fara’ is mostly applied to refer to those people who were raised in rural areas and those who are desperately struggling to urbanize themselves (or trying to look like one). The division and categorization gets on Facebook from the ground. ‘The Aradas’ consider themselves as superior to ‘the Faras’ and think they deserve better treatment (megalothymia, as Fukuyama calls it) than those of ‘the Faras’. Even worse, they think they earned Arada-being. In this piece, I argue otherwise.

What about your privileges? 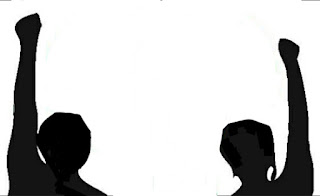