US and the Social Media, Lessons for Ethiopia 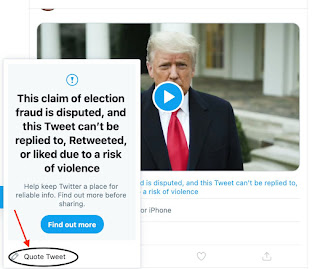 Freedom of expression is a non-negotiable matter for the Americans. It is something they needed to do “the first amendment” of their constitution for. The first amendment states that "Congress shall make no law… abridging the freedom of speech, or of the press…". On January 6, 2021, Facebook and Twitter had suspended President Trump’s profiles for a day after his supporters forcefully raided Capitol Hill while Congress is at a meeting. While Americans are shocked by the incident, the social media corporations have been the ones that have denied a platform for the president who was accused by many of passing inciting messages.

The Americans have not seen such a scandal for more than two hundred years since 1814 when British troops attacked Capitol Hill. It would not be an exaggeration to say that the social media conspiracy theories and misinformation campaigns have resulted in this chaos. In this note, I will briefly explore the necessity of freedom of expression and the contradicting challenge posed by social media.

Why We Need the Freedom of Expression?

There are four main reasons why freedom of expression must be respected. (1) because it is a natural right – for personal fulfillment, (2) to discover the truth, (3) to increase the decision-making power of individuals, 4) to avoid the violent consequences of the repression of the freedom of expression, and additionally (5) because it is a necessary condition to also watch the respect other rights.

Inciting speech and misinformation contradict the reasons why freedom of expression must be respected. That is why international conventions seek to establish a cautious framework for restricting freedom of expression (incitement to war and hate, racism, etc.) as well as principles (legality, legitimacy, and necessity). However, while Europeans who had experienced genocide have taken serious legal actions, the Americans have always said that the solution is more freedom.

By the way, although the differences between Europe and the United States are broad in terms of the law, this does not mean Europeans (such as Germany) are jailers of journalists. Nor their citizens are afraid to speak out their critics to the government. Americans have also created a culture of countering irresponsible public speaking with an attempt to counter even many micro-aggressions through public scrutiny. It is in authoritarian or semi-authoritarian regimes that restrictions of freedom of expression target journalists, or speeches can be left unaccounted for (mostly, in cases where the speaker is power). Of course, the ethics and professionalism of journalists is also low in these semi-authoritarian regimes, again driven due to the behavior of the governments.

One of the pitfalls of social media is the promotion of unsubstantiated conspiracy theories. Misinformation is not a new phenomenon; rather it is fundamentally old-aged. Benjamin Franklin is one of the founding fathers of the United States of America, who actually signed on the four most important documents of the Independence Declaration. Authors of “Like War”, a book that has analyzed the power of propaganda on social media, named Franklin as “the founding father of fake news in America”. Many states-persons have used misinformation as a tool to build a political and social system. Almost all political structures or social systems have been justified with propaganda backed by misinformation.

Many supporters of Trump have been deceived by the QAnon conspiracy. It is “a wide-ranging, completely unfounded theory that says that President Trump is waging a secret war against elite Satan-worshipping pedophiles in government, business, and the media”. At the end of his reign, they believe that the president will win and Satan-worshipers and elites will end up jailed. Political arguments, ideology, and policy do not mean anything to the fast-growing believers of this conspiracy theory. Trump supporters come out to the streets wearing T-shirts or hats with the letter Q printed on them. Trump was asked to say that there was no such deep-state and that he was not at war with it, but he covered it up so as not to lose his supporters (saying that he doesn’t know about the movement but that he knows that ‘they like him’). In November 2020, one of the more than 70 candidates of the QAnon movement run for and one of them was elected to Congress. According to Pew Research, more than half of Americans have heard about the movement which started with unsubstantiated claims by an anonymous social media user about three years ago.

Neither Trump's candidacy for the presidency in the US nor Britain's exit from the European Union would have been possible without social media. Despite the attempts of the fellow countries' citizens to convince us that it is Russia’s social media bots and propaganda machines that have created the dividing narratives on the social media, it is the citizens on the social media who have widened the preexisting divisions in their respective societies. Social media has empowered the extremists and gave them a platform to radicalize the less-informed members of each community.

Unlike before, activists of conspiracy write misinformation on social media and build up as many followers as they wish. It is usually the followers who are the real victims of misinformation and who pay the price for the interests of these conspiracy activists. "We are storming the Capitol; it is a revolution," said a woman who was asked by the media why she entered the building on January 6 as she got out crying. For those who are blinded by misinformation and propaganda, the election is not credible unless the result is what they want. Because the propaganda made them doubt everything that was coming from the other side.

China has banned American social media from operating in its territory. In place of them, it has provided its own social media platforms that censors every political content not friendly to the government. The artificial intelligence behind the Chinese social media platforms doesn’t allow posting of contents that are not ‘allowed’ by the state; and, in cases, they are managed to be, they will soon be removed. This is something that many authoritarian regimes want to have. However, this is not the better alternative to the wild social media which radicalizes the youth and nurtures violent extremism. Rather, guided by the principles of restricting freedom of expression we have mentioned above (legality, legitimacy, and necessity), it is necessary to use artificial intelligence to filter out manipulative contents from the social media to make it a healthy platform as it needs to be (like countering computer viruses with antiviruses).

It is possible to build an ethical algorithm that filters out racist, hateful, organized disinformation, and inciting contests from the social media. Just as verified pages or profiles can be marked with a blue badge, it is also possible to reduce the impact of pages and profiles that repeatedly disseminate incitement, hateful content, false information, conspiracy theories, and the likes with yellow and/or red badges, periodically or permanently.

Social media is a unique and important platform for challenging authoritarian regimes. But, they have been a dangerous challenge for democratic institutions and for consolidating democracy in states that are trying to do transition to democracy.

The Test of Ethiopia

Ethiopians have used social media to force reform by the government. However, social media has been an instrument for fanning conflicts on the ground ending up reversing the progress of an optimist reform.

As a person who has been leading a monitoring team of social media activities in Ethiopia, I have observed that politicians and interest groups are manipulating the platform for undeserved political gains. In Ethiopia’s social media sphere, almost all political figures and groups have their own propaganda teams who often use misinformation and incitement as a strategy. These social media warriors, if not fabricate total lies, exaggerate information, and narratives that support their advantages while ignore or suppress those that disfavors them. This is the new normal to the so-called post-truth era, but not acceptable.

The impact of social media narratives will not be easy in the next election of Ethiopia that is scheduled for June 5, 2021. As far as current trends are concerned, in this general election, it is most probable that voters will cast their ballots ill-informed than well-informed. The social media’s influence in dictating this misinformation of voters is higher as the mainstream media is largely influenced by the social media in Ethiopia.

The misinformation trend can be halted in the joint efforts of many stakeholders’ activities. This includes transparency and accountability (upon failure) of the government entities, the fact-checking effort of the media and journalists, the media literacy activities of civil societies, and an increased and quick moderation effort of the social media platform. Otherwise, laws such as the recently adopted “anti-hate speech and suppression of dissemination of false information” will only end up being instruments of the ruling party in Ethiopia. Moreover, laws are not effective ways of prevention of disinformation everywhere in the world.

Posted by BefeQadu Z Hailu at 1:09 AM No comments: 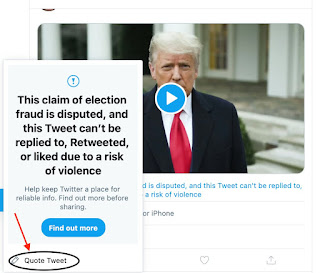