What if We Were Raised with an ‘Authoritarian Personality’? 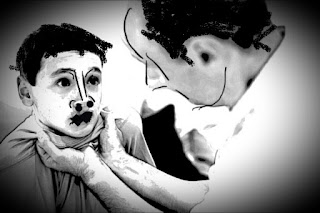 We less often discuss personalities that are fertile grounds either to be ruled by authoritarians or to be one of them. But, I think, it is important to look what is in them as it looks like we dont basically change from the way our parents have raised us. Our ancestors were either members of the oppressors or the majority (the oppressed) in the past, so are we. It happens to be we use that same privilege inherited from our parents to advance others; or, to remain underprivileged. History proves it is most probable that off springs follow their ancestors footsteps. Chances are big that children of the poor will remain poor; children of farmers remain farmer; children of democratic societies will remain democrat and etc. And, all this is until the quagmire breaks at some point. What's keeping us a conformist? And, how can we break it?

I was reading a book titled "Between the World and Me" authored by Ta-Nehisi Coates and found some childhood experiences were shared between his world and mine. He wrote his father used to beat him out of fear, "My father was so very afraid. I felt it in the sting of his black leather belt, my father who beat me as if someone might steal me away, because that's exactly what was happening all around us. Everyone had lost a child, somehow, to the streets, to jail, to drugs, to guns." Thousands of miles away to Coates' place, my mother had felt similar fear. My mother used to mention youngsters from my neighborhood and say I should not be like  them. By beating me, she thought she was protecting me.

Until the age of 11, our father used to live far from us. Therefore, all the burden of raising us (the children) was laid on our mother's shoulders. And, she was always worried that we may be called woman's children", negatively perceived saying to mean 'undisciplined'. As a child, all I remember was that she always beat me for every little mistakes I made and sometimes to the possible mistakes I could have done. Our mother still believe she has done right and makes pride out of it claiming that we (her children) are well disciplined because she shaped us in terms of physical punishment.

I was also beaten in Maekelawi, Ethiopia's torture chamber for the past three regimes. I have always asked what the people who do tortures (as a job) there feel about it. I'm sure they tell themselves an excuse to do that. They may be feeling they have to do it for the wellbeing of the country, or of the people. Basically, the excuses do not have essential difference as to why our parents and teachers beat us while we were children. They want to protect us from ourselves, from our environment and from the world we live in.

The discovery of 'Authoritarian Personality'

In Ethiopia, especially in urban life, it used to be a common practice to beat children in an excuse of raising them well disciplined. It is still not stopped totally. Children are beaten by their parents, by their teachers and almost by everyone who is an elderly.

Psychologist Theodor Adorno and his team found in a study that "people with 'Authoritarian Personalities' were more likely to categorize people into us and them groups, seeing their own group as superior"; and also that "individuals with a very strict upbringing by critical and harsh parents were most likely to develop an authoritarian personality." This maybe a reason why most people in Ethiopia appear ethnocentrist and justify authoritarianism.

People with 'Authoritarian Personality' are said to show these characteristics:

Saying No to the Way We Were Made

Fortunately, individuals can beat social norms and learn to see out of box. Trends get broken. People change.

In addition, 'Authoritarian Personalities' are not absolute. In critical evaluation of Adorno's analysis of 'Authoritarian Personality', there are many points psychologists raise in response to his explanation of prejudice:
Similar experiences affect different people differently. Ta-Nehisi was not stolen by either of the streets, drugs or guns like his father was afraid. The same happened to me. But, I don't say the beating worked. Because, when I grow up I have, one by one, dropped the norms my parents valued most. Religion is one of the most valued norms in our family. To declare that I don't anymore believe in Christianity nor existence of a creator is something my mother would never want to hear. But, it happened. So many things happened different to my parents expectation. I do believe I stopped categorizing myself into ‘us’ and ‘them’. I hope and guess my deviation is also in terms of respect to liberty of myself and of others. I hope I have also deviated from the 'Authoritarian Personality' that I was raised into because, eventually, the choice is mine. It is by beating fear, not our children nor people whom we thought are dangerous, that we can win authoritarianism, consequence of fear itself.
Posted by BefeQadu Z Hailu at 11:16 PM 1 comment: